This part of the module was designed to help us to understand and appreciate the construction of a textile surface by experimenting with simple structures.  I was really pleased that I was able to take part in a week’s workshop with Textile Artist/Teacher Louise Baldwin, which gave me some valuable opportunities to experiment with simple structures in new and interesting ways.

The course was called, ‘Wild Lace – Fragments of landscape & life’. During the week we worked with mixed media and stitch (hand and machine) to create lacy networks to reflect the landscape around us. Some of this work was very relevant to the module so I am including it here.

Early in the week we were asked to select some images, photos, artefacts to inspire our textile networks.  I found an interesting log and some ivy, which I brought into the studio and started sketching. 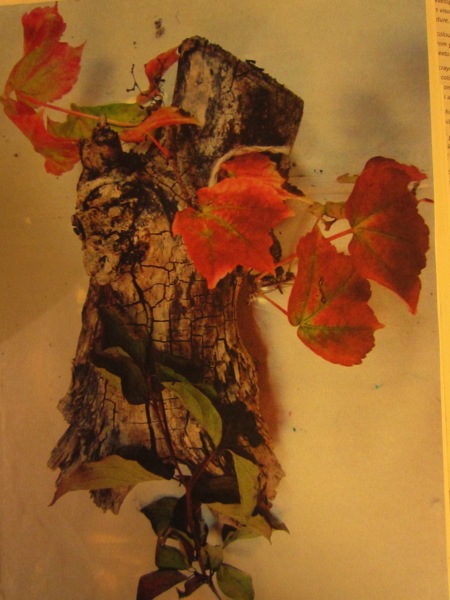 As part of the exercise we were asked to make a colour stick to help us with colour matching of threads etc later on.  This included paper as well as fabric and yarns as the idea was to think about textures as well as colour.  I chose some fabrics, including hessian, scrim, as well as yarns and chiffon and roughly wound them around a piece of card.  This was a useful exercise which relates well to this section of the module.

Later on, I made a network inspired by the bark and ivy.  Using a square metal frame, I wound string up and down and across the frame.  This string formed the basis of my network.  I then covered the string with zigzag stitch by machine, using coloured thread relating to my colour wrapping.  I did have a little trouble with the thread getting knotted in places but I kept these ‘happy accidents’ as they gave the network texture, relating to the bark. I also did some free stitching from one piece of the network to an adjacent side to further build up the network.  lastly, I machine-stitiched some chiffon onto the network. 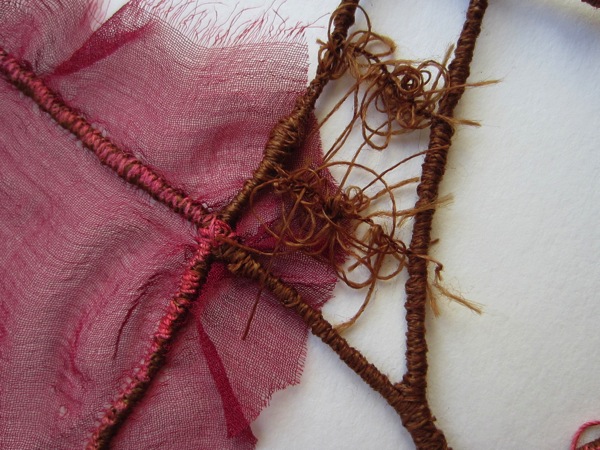 Another network, using the same technique, adding scrim with hand-stitiching.

Another useful technique, I practised, again using the log as my inspiration was to machine-stitch randomly up and down and across a piece of brown paper, over and over again.  I then soaked the paper in water and scrunched it up.  Some of the paper disintegrated, leaving a lacy network.

This piece, based on the bark, involved laying scraps of fabric and threads between two layers of soluble fabric. 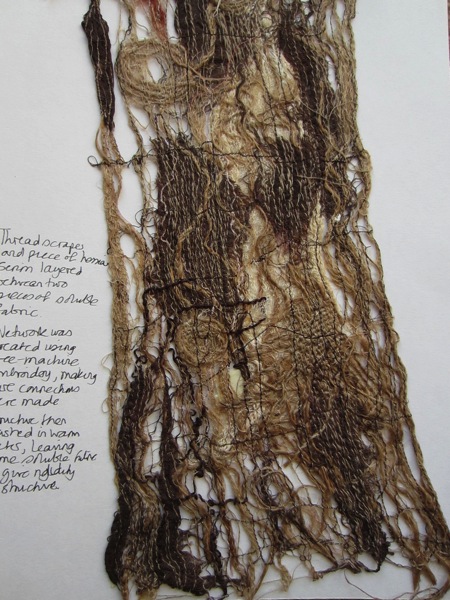 I also had a go at pulling threads on a piece of hessian, binding the hessian with various yarns, inspired by my bark sketches.  I then wove one of my braids through the hessian. 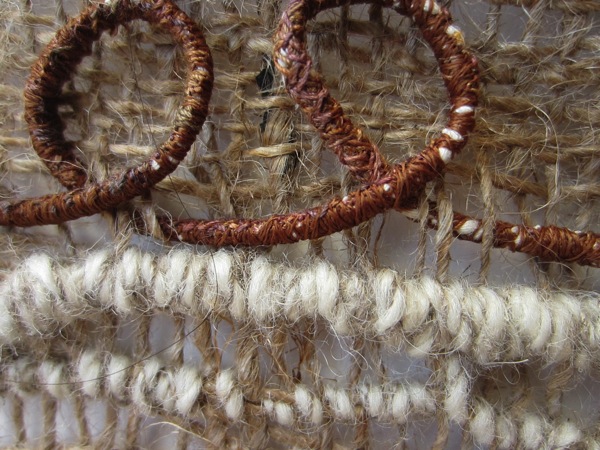 Lastly, here are some more lacy networks I made by machine stitching on different types of paper and then soaking the stitched paper in water, before rubbing the paper away in places. I added scrim to some of the pieces before stitching. 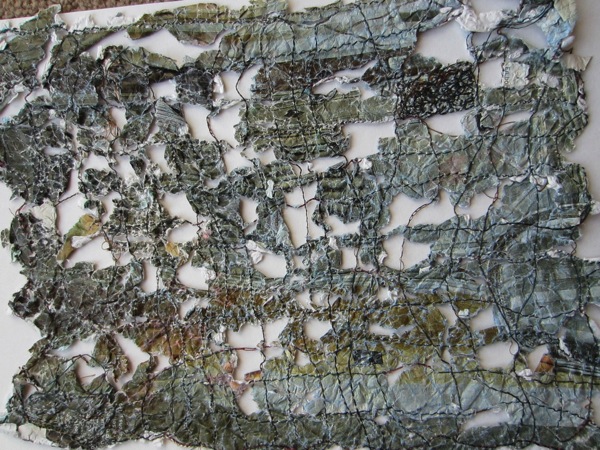